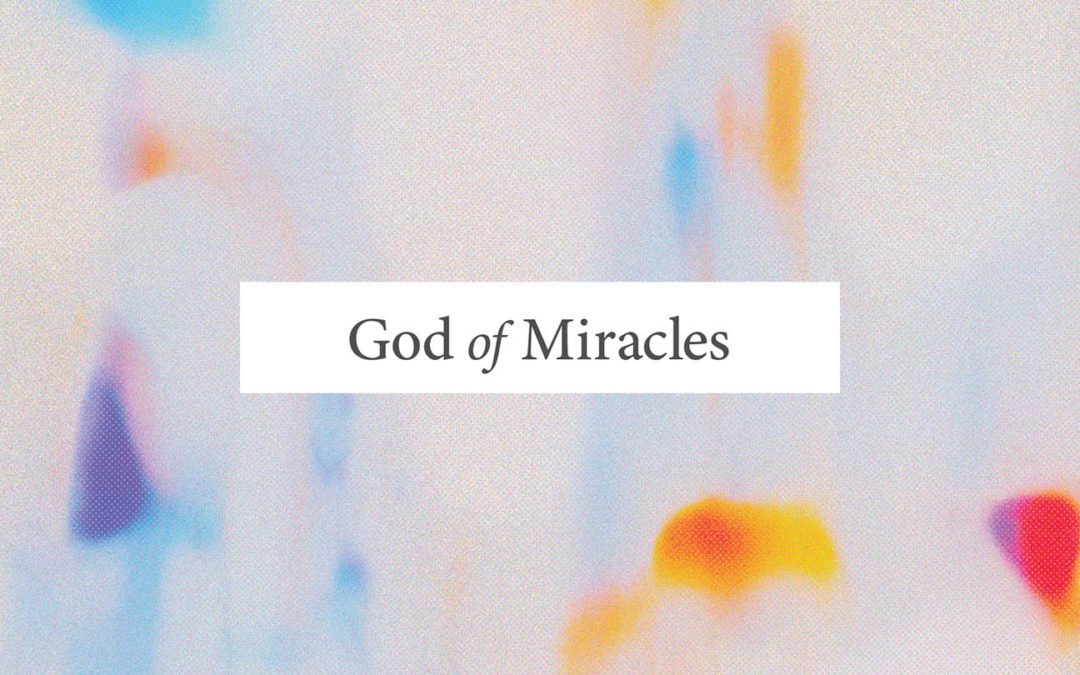 (Psalm 77:11-14 NIV) I will remember the deeds of the LORD; yes, I will remember your miracles of long ago. I will consider all your works and meditate on all your mighty deeds.” Your ways, God, are holy. What god is as great as our God? You are the God who performs miracles; you display your power among the peoples.

(John 14:12 NLT) “I tell you the truth, anyone who believes in me will do the same works I have done, and even greater works, because I am going to be with the Father.

(John 2:3-11 NLT) The wine supply ran out during the festivities, so Jesus’ mother told him, “They have no more wine.” “Dear woman, that’s not our problem,” Jesus replied. “My time has not yet come.” But his mother told the servants, “Do whatever he tells you.” Standing nearby were six stone water jars, used for Jewish ceremonial washing. Each could hold twenty to thirty gallons. Jesus told the servants, “Fill the jars with water.” When the jars had been filled, he said, “Now dip some out, and take it to the master of ceremonies.” So the servants followed his instructions. When the master of ceremonies tasted the water that was now wine, not knowing where it had come from (though, of course, the servants knew), he called the bridegroom over. “A host always serves the best wine first,” he said. “Then, when everyone has had a lot to drink, he brings out the less expensive wine. But you have kept the best until now!” This miraculous sign at Cana in Galilee was the first time Jesus revealed his glory. And his disciples believed in him.

√ Just do WHAT HE SAYS.
(John 2:5 NLT) But his mother told the servants, “Do whatever he tells you.”

(2 Kings 5:13 NLT) But his officers tried to reason with him and said, “Sir, if the prophet had told you to do something very difficult, wouldn’t you have done it? So you should certainly obey him when he says simply, ‘Go and wash and be cured!'”

√ Faith in HIM ALONE.

√ Miracles start MOVEMENT and a RELATIONSHIP keeps it going!
(John 2:11 NLT) This miraculous sign at Cana in Galilee was the first time Jesus revealed his glory. And his disciples believed in him.

√ Miracles point to who GOD is . . . and who CHRIST is . . .
(John 4:53 NLT) Then the father realized that that was the very time Jesus had told him, “Your son will live.” And he and his entire household believed in Jesus.

1. A God of OVERWHELMING GRACE.
(1 Peter 1:2 NLT) God the Father knew you and chose you long ago, and his Spirit has made you holy. As a result, you have obeyed him and have been cleansed by the blood of Jesus Christ. May God give you more and more grace and peace.

3. A God in passionate PURSUIT OF ME.
(Psalm 23:6 NLT) Surely your goodness and unfailing love will pursue me all the days of my life,. . . .

God of Miracles
What's the Point