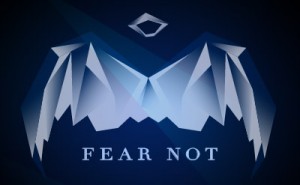 (Matthew 1:18-20, 24 NLT) This is how Jesus the Messiah was born. His mother, Mary, was engaged to be married to Joseph. But before the marriage took place, while she was still a virgin, she became pregnant through the power of the Holy Spirit. Joseph, her fiancé, was a good man and did not want to disgrace her publicly, so he decided to break the engagement quietly. As he considered this, an angel of the Lord appeared to him in a dream. “Joseph, son of David,” the angel said, “do not be afraid to take Mary as your wife. For the child within her was conceived by the Holy Spirit. …….. When Joseph woke up, he did as the angel of the Lord commanded and took Mary as his wife.

√ A reaction of FEAR is OVERCOME by faith.
(2 Timothy 1:7 NLT) …God has not given us a spirit of fear and timidity, but of power, love, and self-discipline.

√ God’s INTERRUPTIONS are often INCONVENIENT.
(Luke 1:26-29 NLT) In the sixth month of Elizabeth’s pregnancy, God sent the angel Gabriel to Nazareth, a village in Galilee, to a virgin named Mary. She was engaged to be married to a man named Joseph, a descendant of King David. Gabriel appeared to her and said, “Greetings, favored woman! The Lord is with you!” Confused and disturbed, Mary tried to think what the angel could mean.

√ What we call interruptions God calls INVITATIONS. (Opportunities)
(Luke 1:30 NLT) “Don’t be afraid, Mary,” the angel told her, “for you have found favor with God!
(Psalm 84:11 NIV) For the LORD God is a sun and shield; the LORD bestows favor and honor; no good thing does he withhold from those whose walk is blameless.

(Luke 1:31-33 NLT) You will conceive and give birth to a son, and you will name him Jesus. He will be very great and will be called the Son of the Most High. The Lord God will give him the throne of his ancestor David. And he will reign over Israel forever; his Kingdom will never end!”

√ God’s PURPOSE might be different that your PLAN!
(Luke 1:34 NLT) Mary asked the angel, “But how can this happen? I am a virgin.”

(Luke 1:35, 37 NLT) The angel replied, “The Holy Spirit will come upon you, and the power of the Most High will overshadow you. So the baby to be born will be holy, and he will be called the Son of God. … … For nothing is impossible with God.”

√ OUTCOME is God’s responsibility, OBEDIENCE is yours!