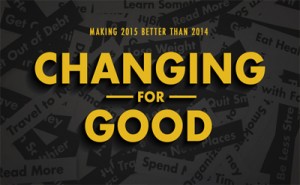 (Galatians 2:20 NIV) I have been crucified with Christ and I no longer live, but Christ lives in me. The life I now live in the body, I live by faith in the Son of God, who loved me and gave himself for me.

(Mark 1:40-42 NIV) A man with leprosy came to him and begged him on his knees, “If you are willing, you can make me clean.”  Jesus was indignant. He reached out his hand and touched the man. “I am willing,” he said. “Be clean!”  Immediately the leprosy left him and he was cleansed.

(Daniel 3:13-29 NIV) Furious with rage, Nebuchadnezzar summoned Shadrach, Meshach and Abednego. So these men were brought before the king, and Nebuchadnezzar said to them, “Is it true, Shadrach, Meshach and Abednego, that you do not serve my gods or worship the image of gold I have set up? Now when you hear the sound of the horn, flute, zither, lyre, harp, pipe and all kinds of music, if you are ready to fall down and worship the image I made, very good. But if you do not worship it, you will be thrown immediately into a blazing furnace. Then what god will be able to rescue you from my hand?” Shadrach, Meshach and Abednego replied to him, “King Nebuchadnezzar, we do not need to defend ourselves before you in this matter.  If we are thrown into the blazing furnace, the God we serve is able to deliver us from it, and he will deliver us from Your Majesty’s hand. But even if he does not, we want you to know, Your Majesty, that we will not serve your gods or worship the image of gold you have set up.”  So these men, wearing their robes, trousers, turbans and other clothes, were bound and thrown into the blazing furnace.  The king’s command was so urgent and the furnace so hot that the flames of the fire killed the soldiers who took up Shadrach, Meshach and Abednego, and these three men, firmly tied, fell into the blazing furnace.  Then King Nebuchadnezzar leaped to his feet in amazement and asked his advisers, “Weren’t there three men that we tied up and threw into the fire?” They replied, “Certainly, Your Majesty.” He said, “Look! I see four men walking around in the fire, unbound and unharmed, and the fourth looks like a son of the gods.” and the satraps, prefects, governors and royal advisers crowded around them. They saw that the fire had not harmed their bodies, nor was a hair of their heads singed; their robes were not scorched, and there was no smell of fire on them.  Then Nebuchadnezzar said, “Praise be to the God of Shadrach, Meshach and Abednego, who has sent his angel and rescued his servants! They trusted in him and defied the king’s command and were willing to give up their lives rather than serve or worship any god except their own God. Therefore I decree that the people of any nation or language who say anything against the God of Shadrach, Meshach and Abednego be cut into pieces and their houses be turned into piles of rubble, for no other god can save in this way.”

Why You Can Trust the Bible